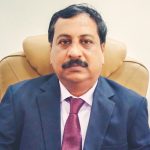 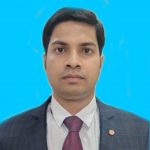 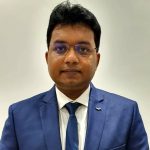 Added to it, Front Offices have also been established in the premises of the District Legal Services Authority and Taluk Legal Services Committee manned by advocate retainers to offer legal advice to the beneficiaries and the general public as well and also to assist them in different Legal Services Activities.

22 Permanent Lok Adalats (PUS) have already been established for the undivided districts of Cuttack, Ganjam, Dhenkanal, Sambalpur, Balasore, Sundargarh, Bolangir, Mayurbhanj at Baripada, Koraput at Jeypore, Keonjhar, Puri, Kalahandi-Bhawanipatna and at Bhubaneswar for dispensing justice to the general public with regard to Public Utility Services as codified under Section 22-B of the Legal Services Authorities Act, 1987. Such Adalats are headed by a Chairperson and assisted by two other Members to decide the disputes on conciliation and or by decision of the Adalat.

ADR Centres which are to function as a judicial hub consisting of different institutions under one roof have been established at 16 places so far, namely Puri, Balangir, Koraput at Jeypore, Angul, Sonepur, Khurda at Bhubaneswar, Ganjam at Berhampur, Balasore, Sambalpur, Nuapada, Dhenkanal and Jharsuguda. Construction work of such centres in other districts are in full swing except at a few places where steps are being taken to acquire the Govt. land for construction of the centres. The above project was undertaken under the 13th Finance Commission (TFC) grants for having individual ADR Centres for every districts of the State.

Odisha State Legal Services Authority has two Mobile Vans which are utilized routinely by for making the general public in the remote areas of the State aware by show causing the activities of the Legal Services Institutions through exhibition of documentary films, teleplays etc. and by deputation of Judicial Officers to make the people aware by holding awareness camps. Provision is also made for disposal of certain type of cases by holding Mobile Lok Adalats during the mobility of the van at remote areas.

The State Legal Services Authority has 15 Members which include the Hon’ble Chairman of High Court Legal Services Committee, Principal Secretaries in the Depts. of Law and Finance, Director-General and Inspector-General of Police, Advocate General, District Judges of Cuttack and Khurda at Bhubaneswar. Apart from that the State Authority has 5 nominated Members namely Hon’ble Minister, Law, Orissa, a Senior Advocate of Orissa High Court, an M.P., an M.L.A., and an eminent social worker who have experience in the field of Law, Finance, Social Service or Administration and who are engaged in the upliftment of the weaker sections of the society, including Schedule Castes, Schedule Tribes, Women, Children, rural and Urban Labour and who are interested in the implementation of the Legal Service Schemes.